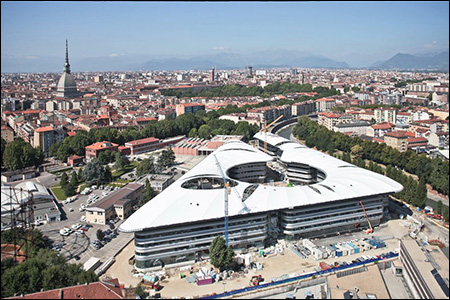 During the second edition of the Turin Architecture Festival (2012), promoted by the Chamber of Architects, we organized a series of visits to the architecture of Turin. The tours involved citizenship in two cycling tours on Carlo Mollino and Pier Luigi Nervi and on a guided tour of the yard of the former Italgas area, transformed into the new university campus Luigi Einaudi of the faculties of Law and Political Science. The director of the works, architect Mino Turvani (Studio Icis), welcomed visitors by illustrating the intentions of the project and its realization by accompanying visitors to the site.