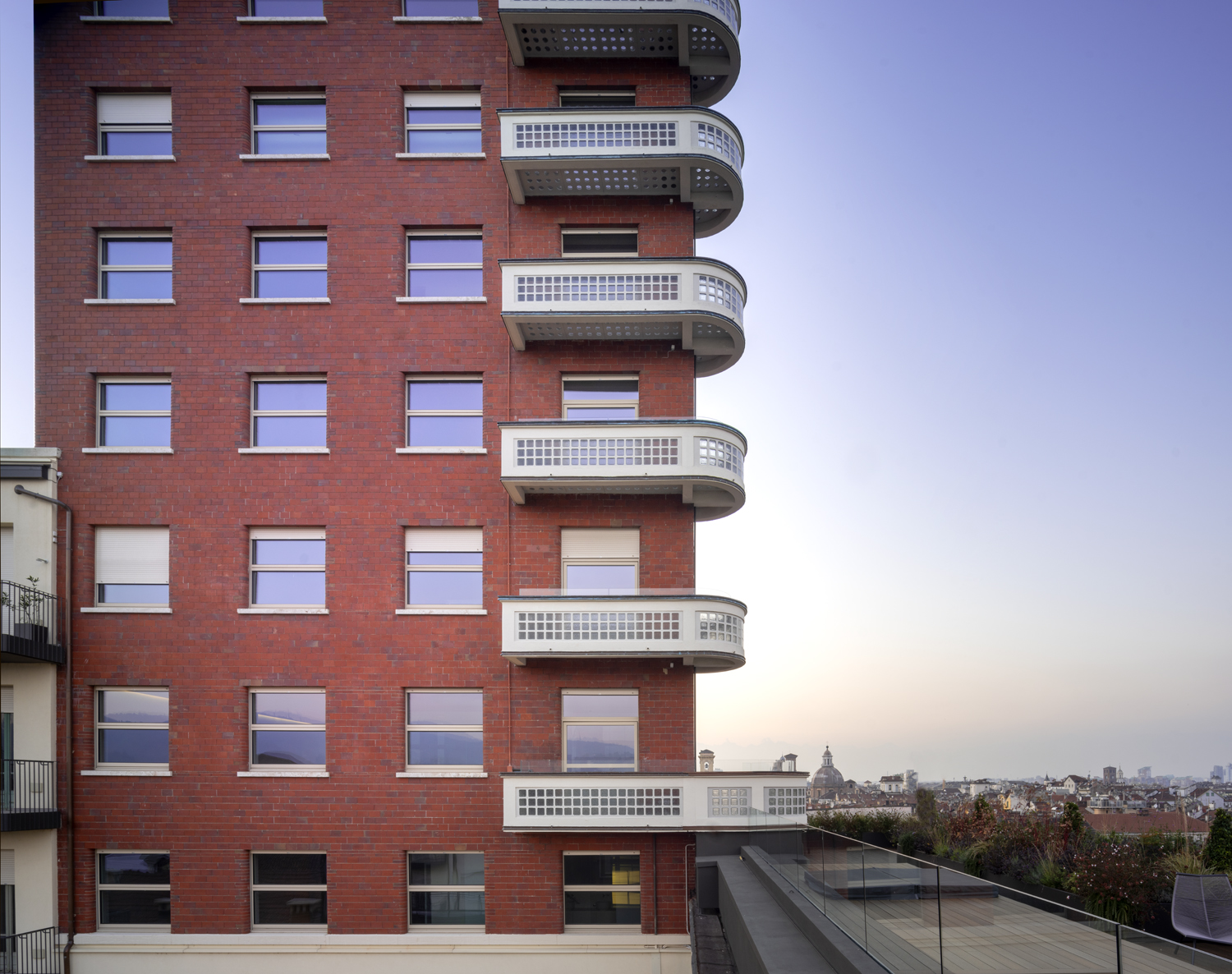 In the rationalist Torre Littoria, one of the urban symbols of the thirties in Turin, Benedetto Camerana (Camerana & Partners) has designed a series of apartments, in which the city’s baroque architecture takes center stage through a play of windows and reflective surfaces.The project for the new apartments re-elaborates the themes that had already inspired the renovation of the 13th floor of the tower in 2003, which Camerana transformed into his home, a place for the elaboration and exhibition of his projects for the city. Among the suggestions behind the project there are many of his personal memories, such as the first flight by plane, in New York, with the landing in Turin right above Piazza Castello, the modernity of the Jumbo jet, with the internal helical staircase and surfaces in polyester, and the sinuosity of Saarinen upon arrival at the TWA terminal, but above all the design imprints of the past and the visions of the Theatrum Sabaudiae, an anti-litteram urban marketing project commissioned by Carlo Emanuele II of Savoy in 1682 and printed in Amsterdam to present at the European Courts the city of Turin in 145 bird’s eye views.

What we did: Press office