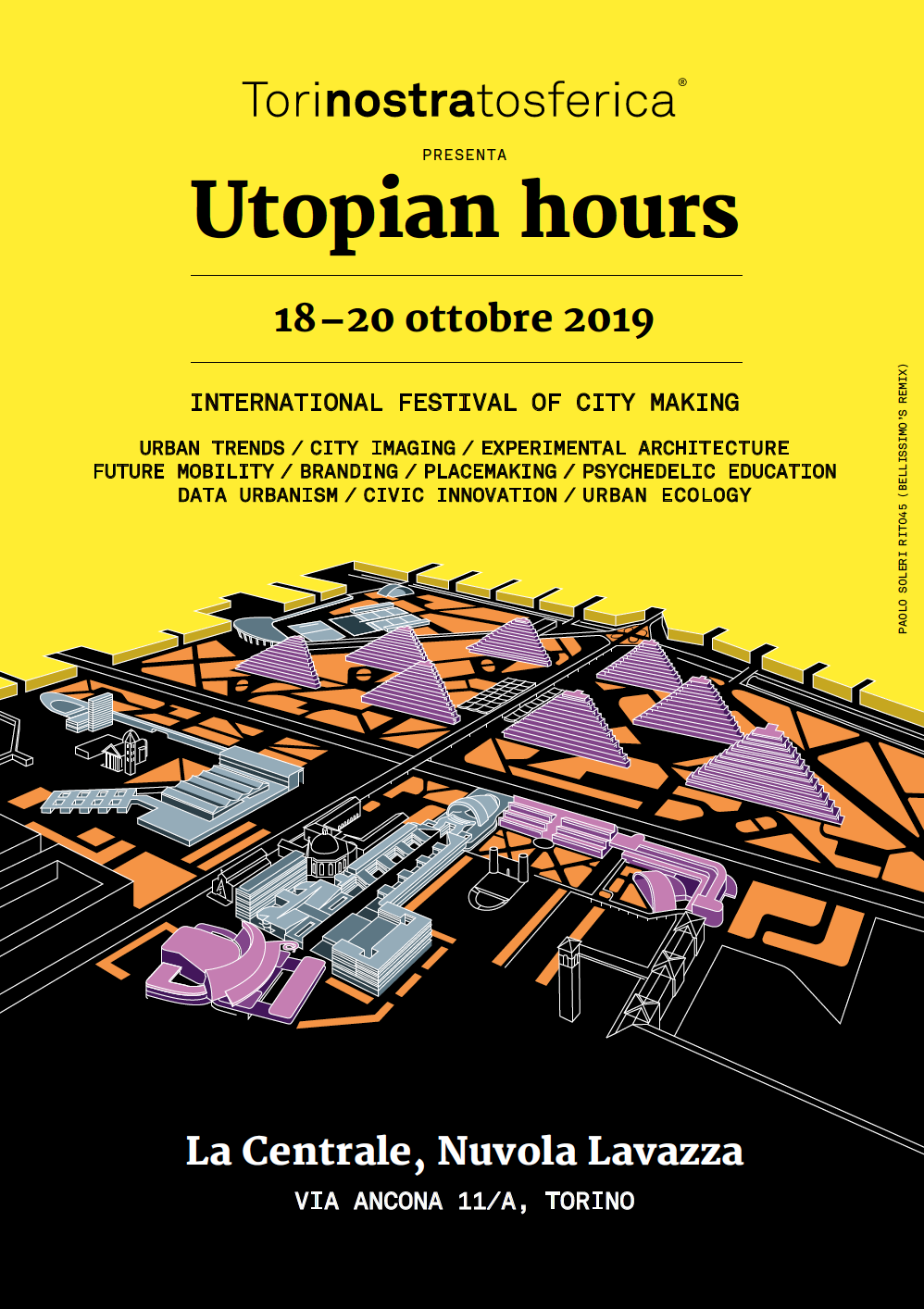 Since October 2018 we follow for Torinostratosferica the Press Office of Utopian Hours festival the first festival on city making and city imaging in Italy. The aim of the festival was to show the enormous potential of the city of Turin, through the comparison with a series of successful cases selected in the world scene, which will be told by the protagonists who generated these urban changes.

Unique in the Italian scene, the festival of Torinostratosferica Utopian Hours has enriched the collective experiment of urban imagination (city imaging) started in 2014 by the non-profit Torino Stratosferica cultural association led by Luca Ballarini. Torino Stratosferica is an innovative project of city imaging that brings forward visually based narrative and powerful imagery to highlight the potential of the city and leverage its positioning.

The festival was organized in the context of Turin Design of the City, a week of meetings, exhibitions and workshops dedicated to design.