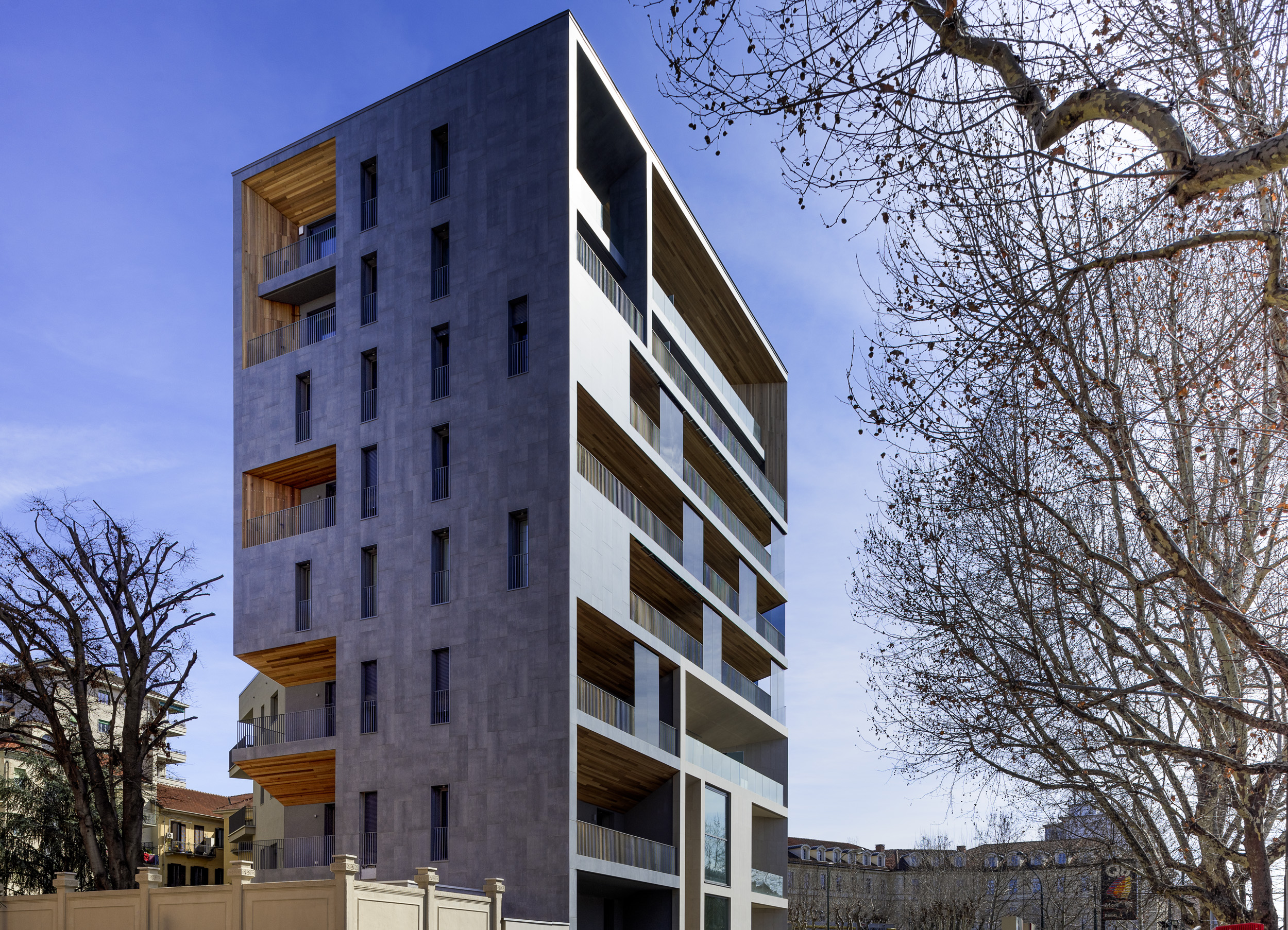 In 2018 Filippo Orlando+Studio Architetti  with Mediapolis Engineering has completed the residential complex Bernini2. La Villa e la Torre in Turin and decided to publish a book to to tell the story of this interesting project. We have been in charge of all the texts, the graphic design has been signed by Quattrolinee and the pictures have been shot by Fabio Oggero and Mario Forcherio.

A stone’s throw from the center of Turin, between Corso Tassoni and the homonymous square along the baroque axis of Corso Francia, the new complex Bernini2 develops an innovative idea of residential architecture.  The intervention, commissioned by the Aurelia company and marketed by Investitalia, is a new and modern complex of 28 high quality apartments that are organized in two distinct but strongly interconnected elements: the Villa, which transforms the elegant building that in the fifties brought in Turin the refined reflections on living by Mario Asnago and Claudio Vender, and the nine floors of the Tower that rises slanted on Corso Tassoni with studied and always different fronts. Bernini2 is the result of a long reasoning that has solved the problems of a corner lot in a brilliant way, transforming them into the peculiar characteristics of an architecture that has succeeded in establishing constructive dialogue with the past, mediating between intervention scales and building typologies. very different from each other.