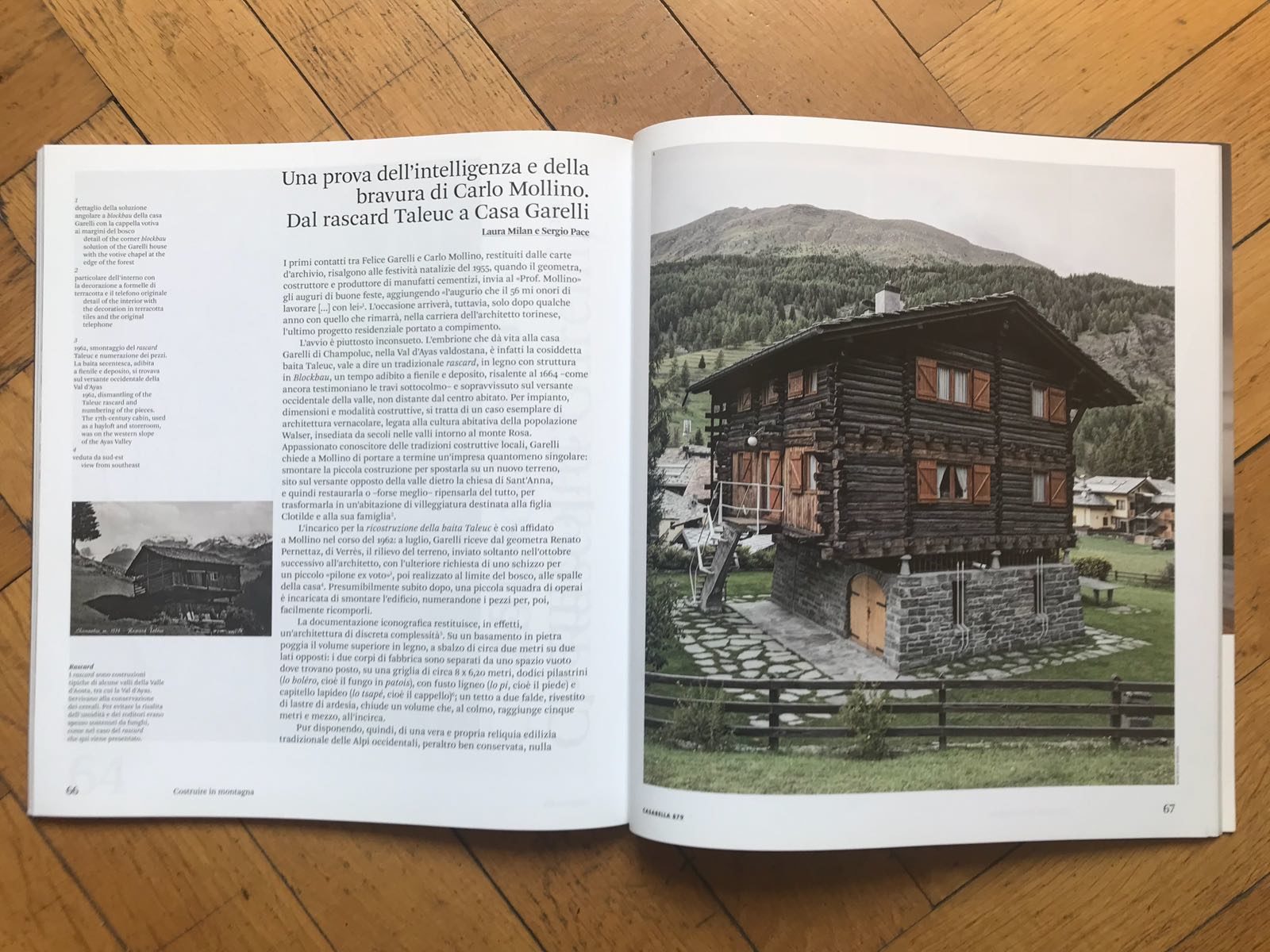 Laura Milan has written with Sergio Pace an article on the Rascard Garelli in Champoluc, Aosta valley, by Carlo Mollino, for CASABELLA n. 879 novembre 2017. Rascard Garelli remains the extreme outcome of very refined reflections conducted by Mollino on construction in the mountains. Though small in size, the reconstructed rascard, constitutes, at the same time, the point of arrival and an innovative element in the sequence of projects by Mollino in the western Alps, marked in particular by the works on Sauze d’Oulx (Stazione slittovia al Lago Nero, 1946-47), Cervinia (Casa del Sole, 1947-55), and on the Agra plateau (Cattaneo House, 1952-53). The presence of the rascard relic in Champoluc permitted to Mollino and unprecendeted experiment of syntactic conflagration between part and present, anonymity and authorship, history and project. As Mollino wrote already in 1954, ” Tradition is the living and continuous flow of new forms depending on the unique development of a relationship between cause and effect; it is a harmonious river that is different at every bend, not stagnant, not returning“; and this is true at least for one good reason: “like any story, also that of construction is impossible to repeat“.