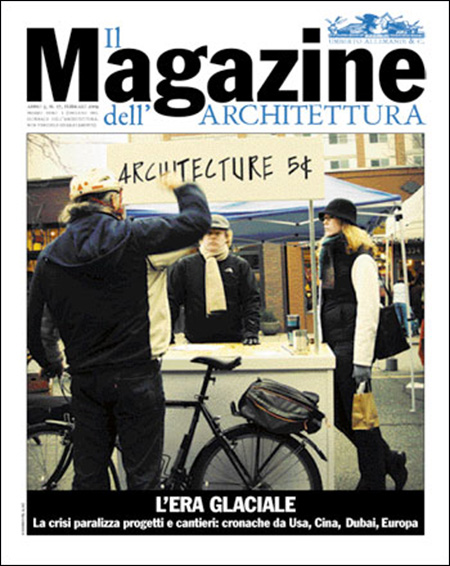 From Ada Louis Huxtable who first started a column on The New York Times to Frédéric Edelmann on Le Monde, Nicolai Ouroussof on The New York Times or Michael Sorkin on Village Voice and The Nation, abroad architectural criticism is a true civil commitment that does not find the same response in Italy. The Magazine dell’Architettura was born to propose a selection of articles written by the best international media architecture critics and to provide a glimpse of architectural problems in the world with the eyes of those directly living there.
Client: Umberto Allemandi & C.
Period: 2007-2014
What we did: selection of articles and general editing (project leader was Cristiana Chiorino) 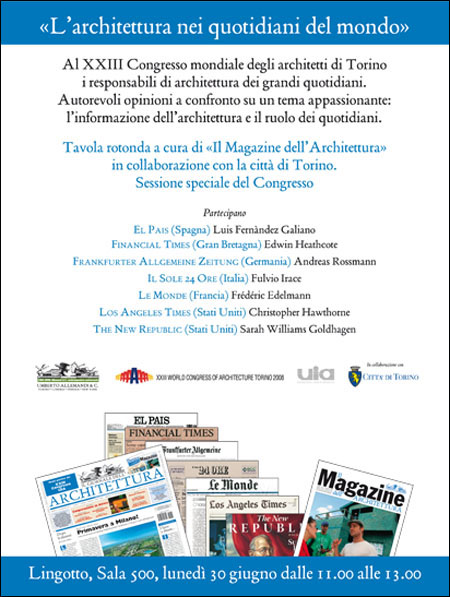 During the 2008 UIA World Congress of Architecture in Turin, under the title ‘Transmitting Architecture’ we organized the round table “Architecture in the Newspapers of the World” dedicated to the communication of architecture in Italian and foreign newspapers in collaboration with the City of Turin . The keynote speakers were: Luis Fernàndez Galiano (El Pais), Edwin Heathcote (Financial Times), Sebastian Redecke (Bauwelt), Sebastiano Brandolini (The Republic), Frédéric Edelmann (Le Monde), Christopher Hawthorne (Los Angeles Times). ultrafragola.tv