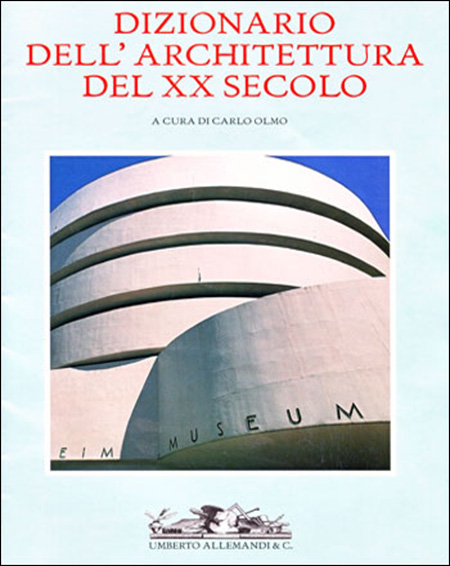 Six volumes and over two thousand entries relating to architects, urban designers, designers and architects of the 20th century, accompanied by about five thousand illustrations. Designed by an international committee of scholars and subject teachers, it was directed by Carlo Olmo of the Politecnico di Torino. In 2004 a new edition was released for the Institute of the Italian Encyclopaedia Treccani.

Year: 2002-2003
What we did: curator of some voices, editing and iconographic research (Cristiana Chiorino)