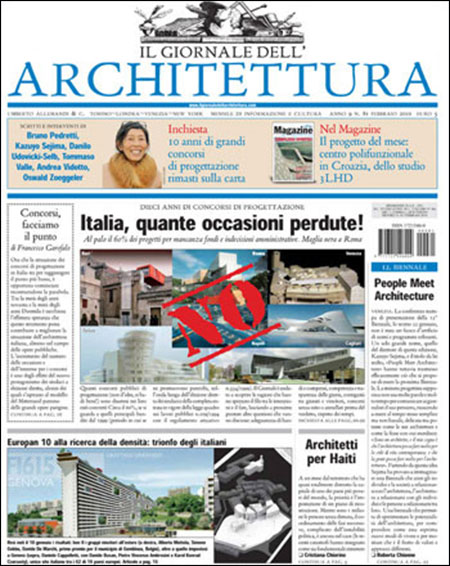 “Il Giornale dell’Architettura” directed by Carlo Olmo was a monthly architectural  magazine published by Umberto Allemandi & C. Founded in 2002 as the rib of “Il Giornale dell’Arte”, it has gained strong recognition for its critical contribution to the architectural debate. Surveys on the failure of design competitions in Italy, the scandal of the buildings for “Italy 150”, the failure to rebuilt L’Aquila and the dossiers on the urban transformations of major Italian cities such as Milan, Turin and Parma have also been resumed on the national press. The National Council of Architects (Cnappc) and the Provincial Orders of Rome and Turin have been using the Giornale for years as a communication tool. The Giornale was chosen as media partners of the 2008 World UIA Congress (International Architects’ Union).